I am honored to have my Utah studio featured in the February 2015 issue of Homespun Magazine!  Susan Hurley was such a delight to work with and she is a magician when it comes to writing articles as she made my little room sparkle and sound amazing with the few facts I gave her.  Everyone go online and get your own copy of Homespun it's a great magazine with abundant creative inspiration! 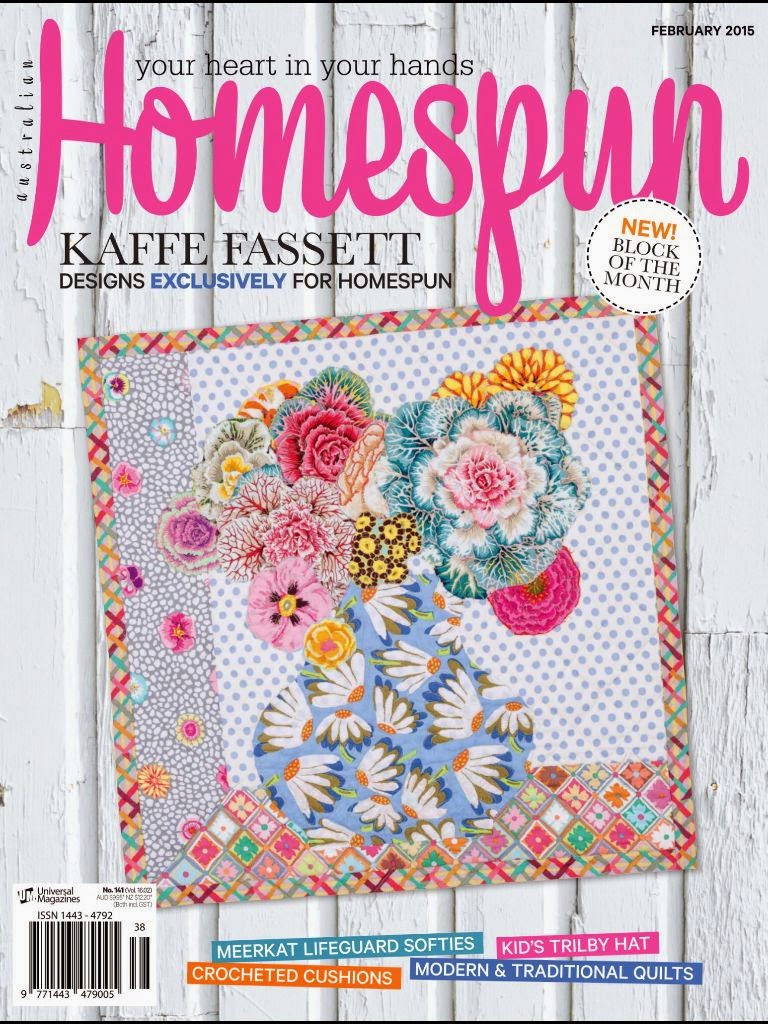 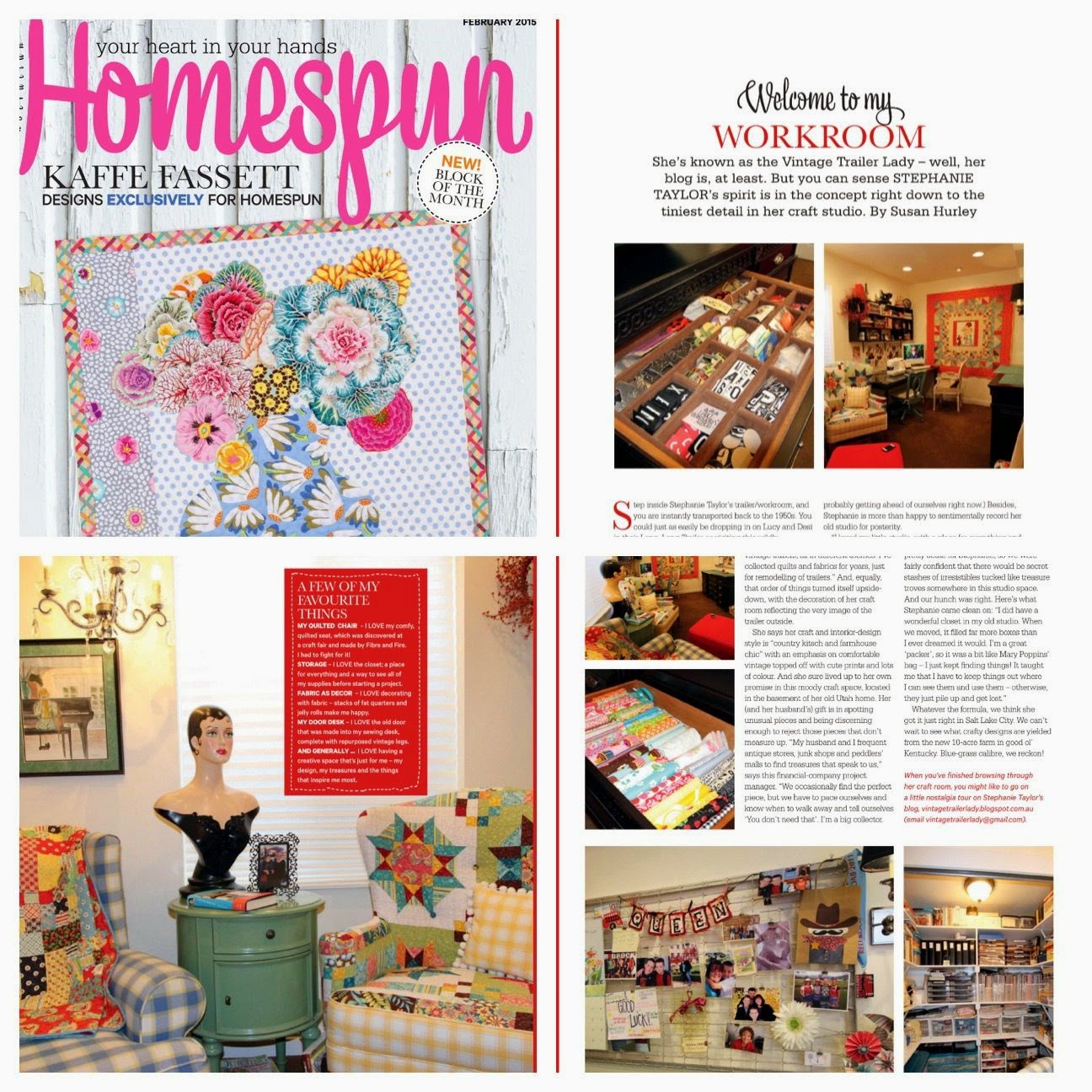 Since moving to Kentucky I've setup a new studio which has been a fun new adventure!  I've moved out of the basement to a beautiful farmhouse loft with vast windows overlooking green rolling hills and nice friendly cows.  Currently the new studio is cluttered with projects, but one day I'll give it a good shine and share the new digs.  In the mean time, here's a few of the projects I've been working on.

This is one of my favorites.  I like to make it big and small and have made four quilts using this pattern. It is called Plan C and is from the book Schnibbles Times Two.   I love it because all you need are two charm packs or layer cakes and some background to make an entire quilt! 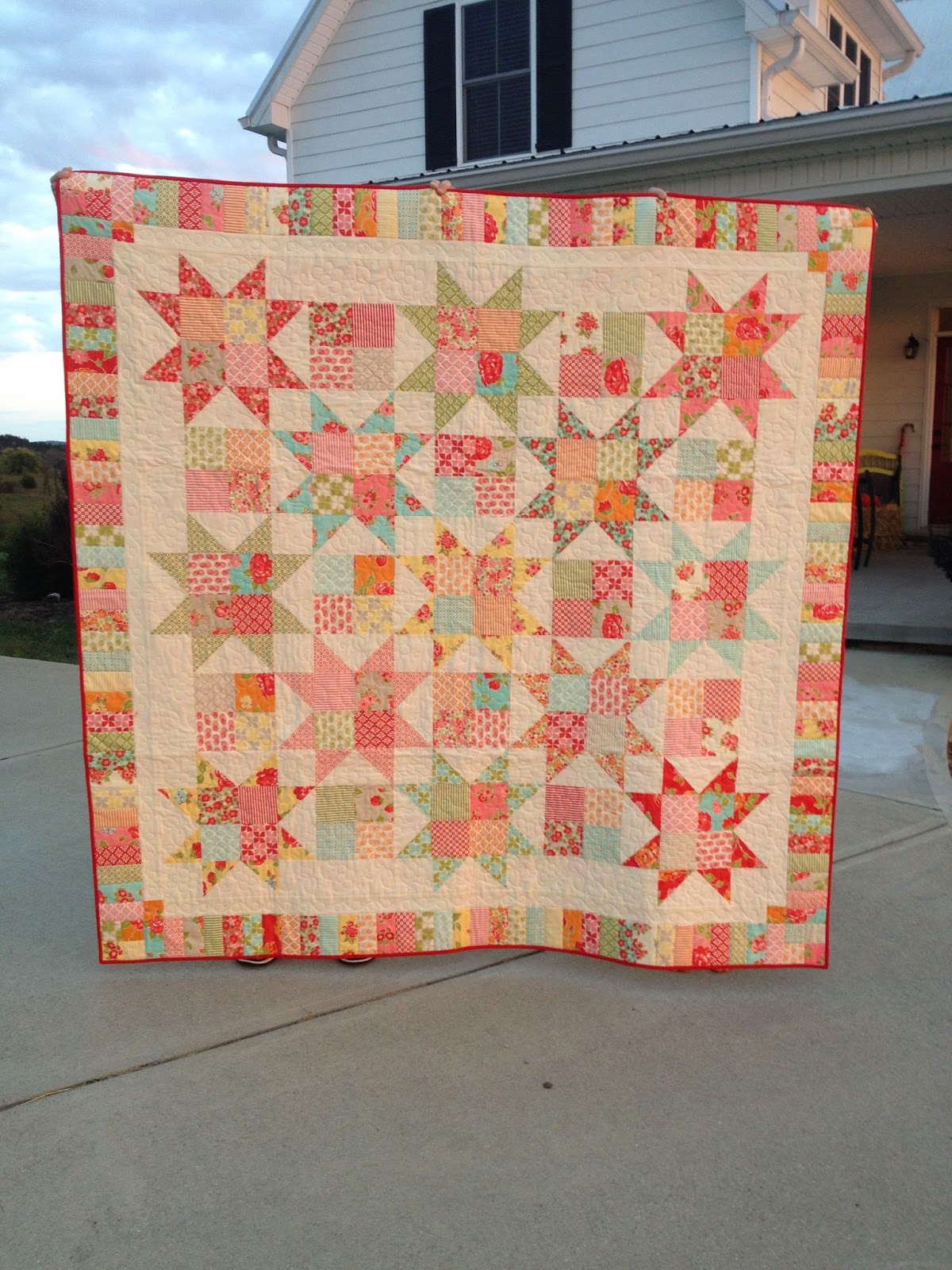 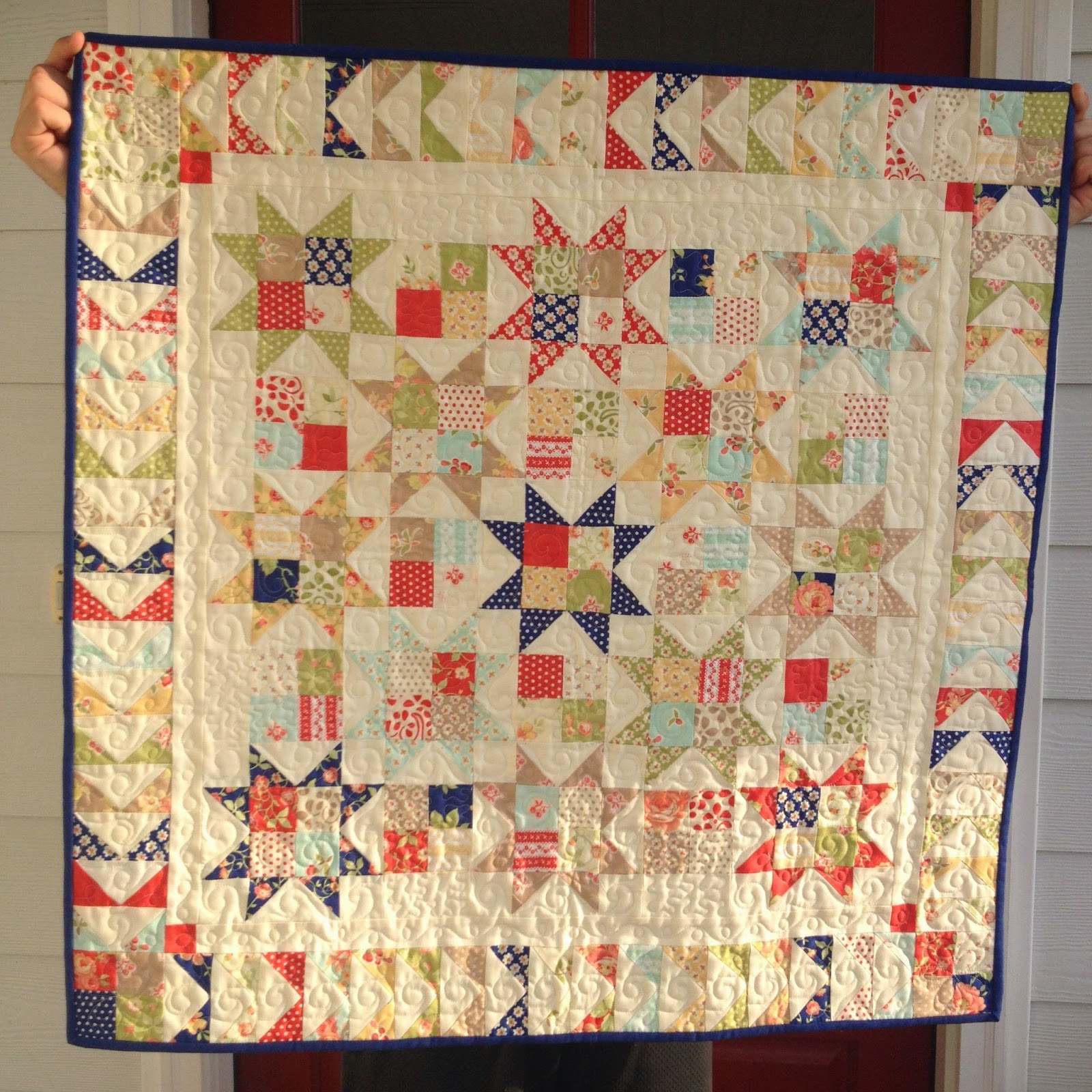 This pattern is a form of "Disappearing Four Patch."  I found it on Pinterest and I am am so intrigued by the way the white squares and borders are formed.  It's so bright and cheery, it brings spring time into the room even in the dead of February. 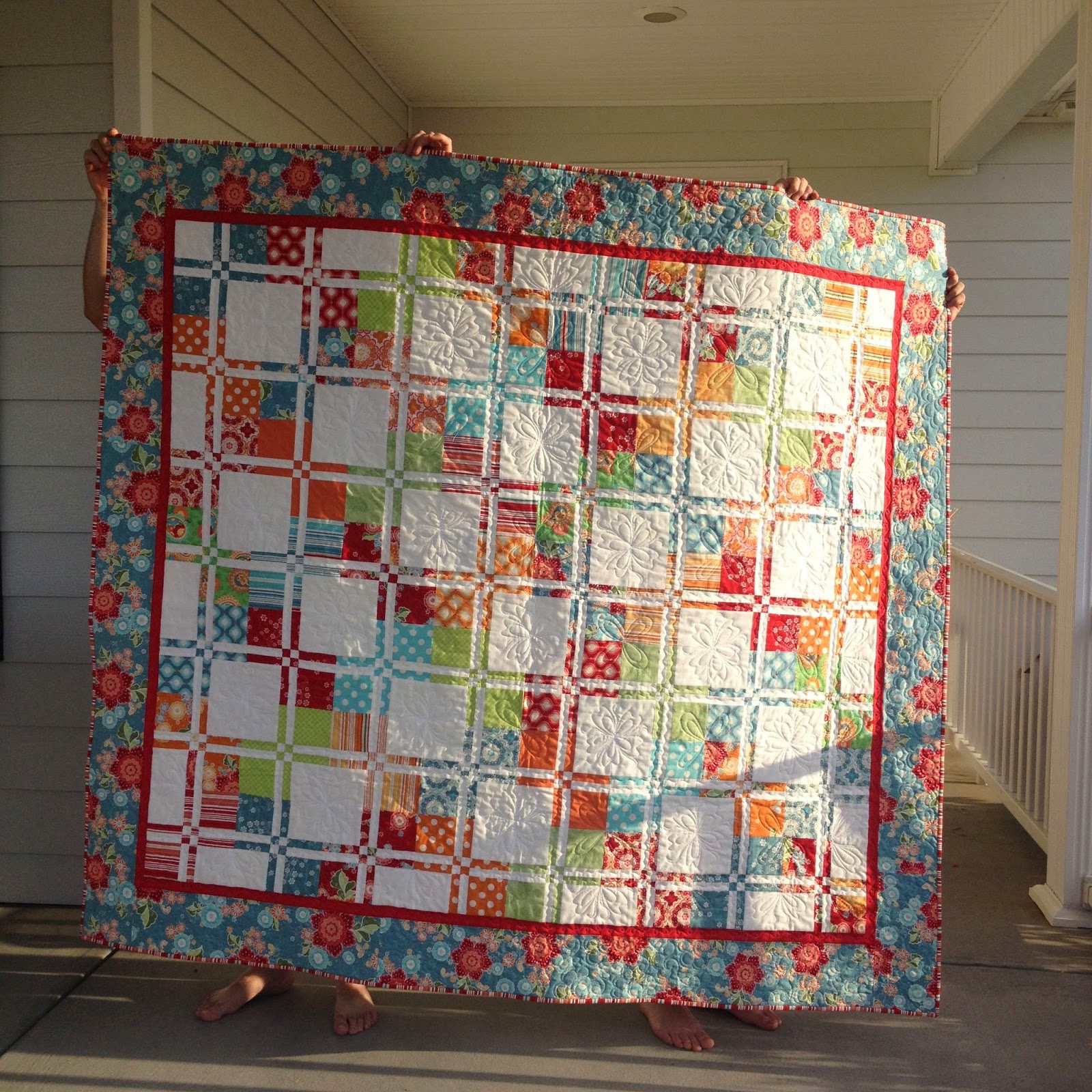 Here's one last little piece of joy.  I decided to start uniformly folding my fat quarter collection. Yes I am a total nerd.  But I love stacks of rainbow loveliness, this make me happy and let's face it, when you are too tired to sew a straight line, ironing can be relaxing… 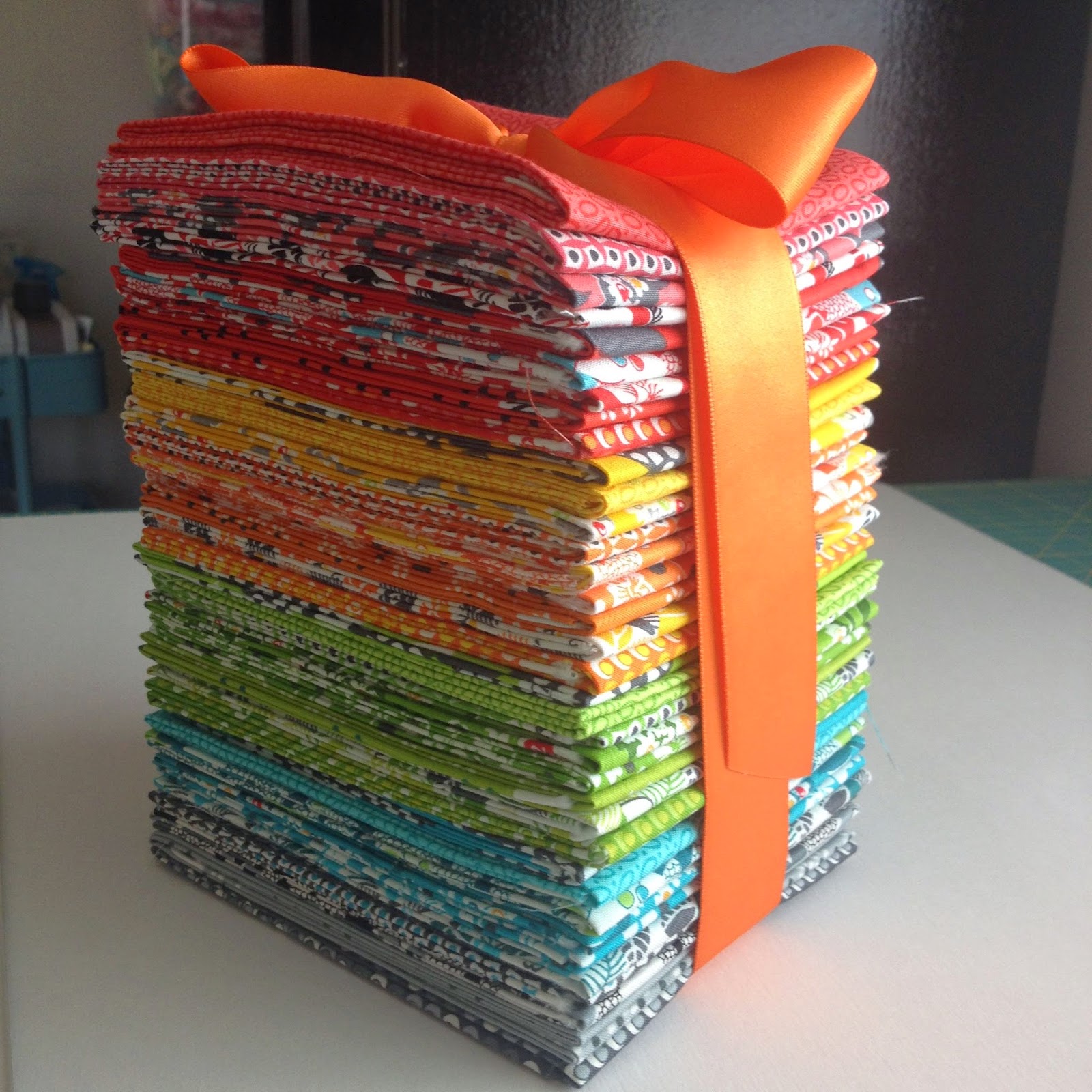 The next project is a baby blanket for a special friend.  I can't share it now, but it's a bit of yellow, white and grey sweetness.

Happy Sewing and thanks again Susan Hurley and Homespun Magazine!
Posted by Stephanie at 5:57 PM 1 comment:

Well it's been, well forever, since I've written a blog post and so much has happened that I don't even know where to begin. So a quick status update:

We have moved to Kentucky! Holy Smokes! You heard right, we are 2000 miles away from home and in almost the most foreign land you can be in while still being in the United States. We moved from suburbia to the country and now live on the prettiest little 10 acre pad I've ever seen. We finally have the little white farm house of my dreams and our only neighbors are cows. It is like being in a dream. I love it and only wish we had our whole family to share it with.

The sad news, I'm no longer the Vintage Trailer Lady. It was a sad day when I watched my beautiful Boss Lady pull away behind someone else's truck. But she was too big and too beautiful to attempt this cross country adventure. So instead I sold her to a fabulous Vegas Singer who has named her the Queen Mary Mae and is, at this very moment, celebrating her new debut at Pismo Beach! She has found a new home with a couple that love her even more than I did! So all is well...on to new adventures.

The interesting thing about Kentucky is that there is a London, Paris and Versailles! None of which are pronounced correctly, but I choose to ignore that fact. It could be because the gorgeous green rolling hills of Kentucky look surprisingly like the green rolling hills of England and the picturesque fields of France! Whoever those pioneers were who settled this region must have also been far away from all that they loved and so they named places after their homeland to help ease their transition.

Somehow along this little journey It's kind of started me on a return to my obsession with all things French. It's slightly crazy, but I've finally dusted off the Rosetta Stone, purchased a $10 in the car French language CD and dug out the Coffee break French archives ...it's serious this time! I'm learning this beautiful language if it's the last thing I do! To aide in my learning, I've coerced a friend of mine into going to French Camp in Minnesota with me next May! I'm so excited, but truly that's very little time to prepare for full immersion in the French language. Becky is already fluent and has a French speaking club that she goes to every week. The French club here isn't suitable for a lady...ahem. So I won't be doing that. My French club consists of two boys who could care less, shriek and plug their ears when the "French Freaks" come on in the car... They just need to go to France, then they will understand.

Perhaps it's that we live in the wilderness that I've started cooking again. If you want fine dining here, you have to make it yourself. So I've taken this opportunity to add to my French Cookbook collection with a lovely volume by Thomas Keller, Bouchon. On Sunday night I made THE most delectable roast chicken I have ever eaten. It's no wonder Julie Child's favorite food was a simple roast chicken. ( I know this because I'm reading her biography) It's magical! You simply buy a whole chicken, then wash it out, dry it off well, salt and pepper, truss (get someone to help you with this step), and put it in a 450 oven for 60 minutes. Tres Magnifique! Simply the easiest chicken recipe ever and you will swoon! French food....Je t'aime.

You'll want to buy this one... 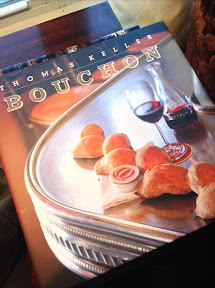 It's that time of year!  The annual Lehi Roundup Celebration!  Our most favorite part, the Stock Parade was last night.  This is our most favorite because lots of our favorite people are yearly celebrities  and we love to wave at them!   So let the parade begin...

Ah, we love this part of summer.  Home town celebrations with the people you love are the best!  Happy Summer Everyone.
Posted by Stephanie at 2:43 PM 2 comments: 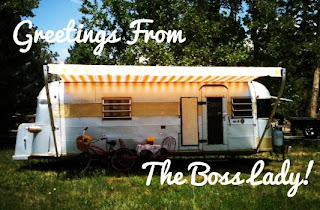 Thats right gang, The Boss Lady made her television debut today on Studio 5!  KSL's Darin Adams came to visit me and take a tour of the Boss Lady.  Here is the incredible feature he put together.

Check out the link above or scroll to the bottom of the blog for the embedded video.
Posted by Stephanie at 1:51 PM No comments:

The first campout of 2012 was a success! We headed to central Utah's Sanpete County for a little cow wrestling and camping in the fresh air.
The Boss Lady debuted in style! She is now 42 years old, bless her heart. She is good as ever despite a few functional flaws...ahem - the heater wouldn't light. It was a little tense and a little bit chilly the first night, but Mr. V will take care of that later. She also needs a new water tank...those little flecks of rust when you wash your hands are just not glamorous! It's not her fault, she has aged gracefully and every girl needs a little work done at some point! 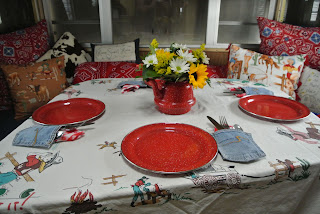 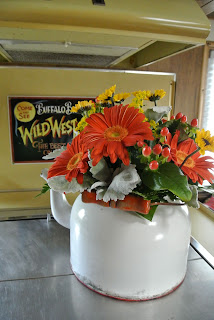 My good friend James from Flowers on Main in Lehi, Utah made up some gorgeous flowers in our collection of tea pots.  Thanks James! 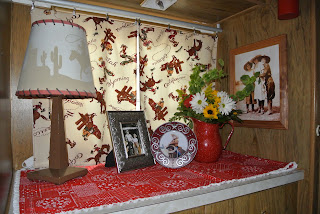 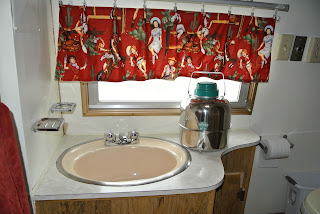 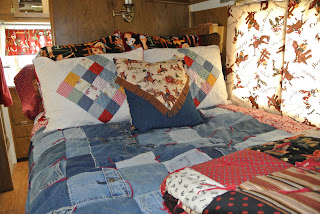 Now enough about the trailer... on to the fun we had on the farm! It's spring and that means babies! I don't know about you, but I think little calves are the sweetest. So let the fun begin! 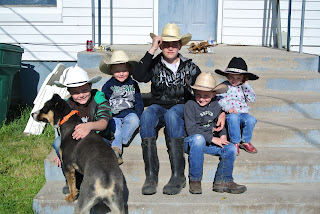 Look at these cute cowboys all ready for the rodeo! We love this time of year because we get to camp with cousins Tate, Whit and Reese. This year GG and Grandpa Lynn came along too! 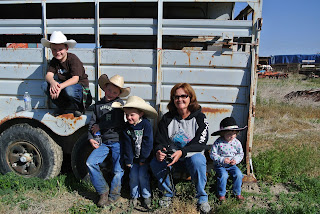 These little cowboys waited patiently until it was time to run the calves into the chute.  They are quite the little ranchers! 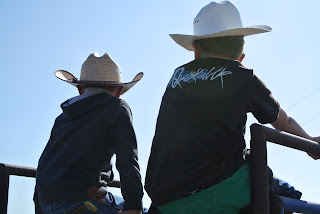 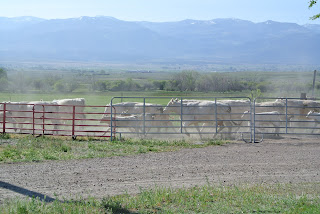 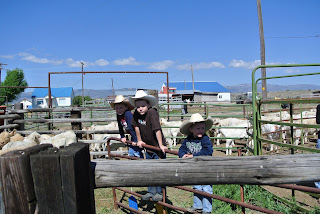 Move on down cows! 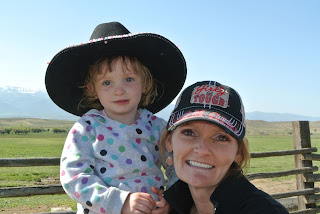 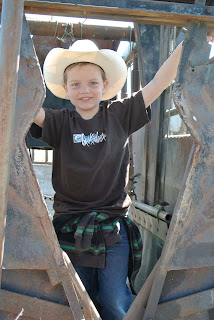 This little sweetheart is my favorite this year - I think I'll name her Ms. Pearl 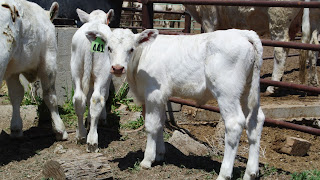 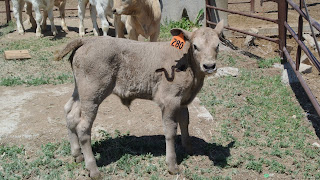 The kids' pick is this little brownie calf - only three days old and gentle as can be. 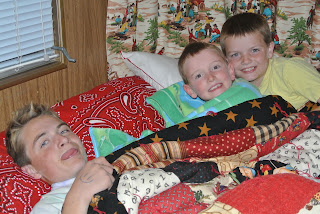 We played hard and by the time we hit the hay, all was quiet on the farm...even the three little piggies.

For mother's day, I was blessed with a new camera!  The vintage trailer men are really good at picking up my hints. Ahem - such as...


1. Bring home the brochure for the camera you want which happens to come with a pretty red case just special for mother's day.
2. Coach the eldest hooligan to make random comments about said camera, which mom would love, while you're away on business.
3. Suggest Mr. V go with you to the Camera store to look at new accessories for his camera...


Yes, it was pathetic. However,this strategy does work! So here's some of the first pictures from my new lovely Nikon J1 (in white). 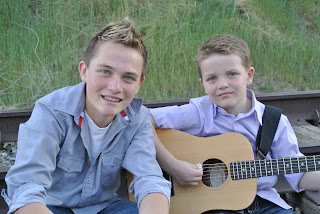 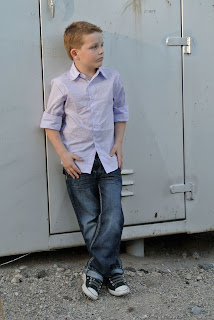 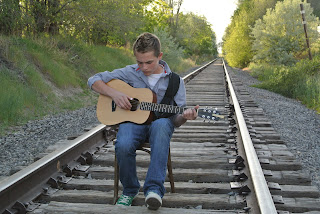 This is my first Nikon and it's a little different than what I'm used to, but I think I'm going to like it!

With or without a new camera, the greatest blessing of all is having these wonderful boys and getting to be their mother.  They are smart, fun, kind and sweet all wrapped up in my two favorite people in the whole wide world.  I love you boys!  I'm so glad you are mine and love you from here to the moon and back.  XOXO
Posted by Stephanie at 7:00 AM 1 comment:

Hello my friends!  It's been a few days has it not? Well... here's what has been going on at the Vintage Trailer homestead.


This past weekend the wind wouldn't stop and it was freezing, so how unfortunate, I couldn't weed! Ah...let's cry a tear. Instead I fled to my sewing machine and started making apples! These are for my Debbie Mum Sampler that the Queen Mum and I are both making. I like them so well I think I'm going to make a whole quilt of apples - envision simple red and white with green leaves and brown stems. What do you think? I think I love apples! Here's the pattern - start baking! 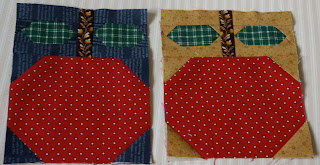 I also decided I need to stop simply pinning to pin and actually make something from all that Pinterest inspiration. I wish it was one of the delicious recipes.. as do the starving males at my house. It was a recipe - almost. A recipe from the Happy Zombie for Manzanita Stars! I just love these and they go with any kind of fabric you can imagine. The Boss Lady needs a new quilt to keep us toasty in the early morning mountain air.  Here's my first block... 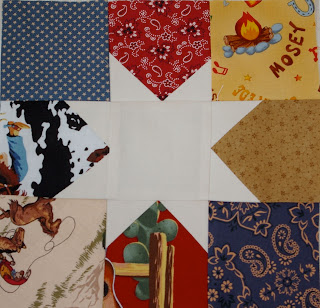 I'm going to separate them with chocolate brown sashing and cover the back with cow print minkie.  I can't wait!  Many more to sew, but a great stash buster and quick to make.  I'm also thinking a big Texas Concho would look really cute in the middle of that star...


This weekend is Boss Lady time!  She's getting a bath, along with an inside spring clean, dusting and a few fresh flowers just in time for the big calf working at the ranch. 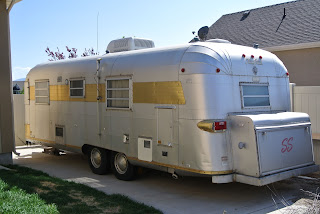 Roll out...Let's go camping, and apple baking, and star catching...so much to do!
Posted by Stephanie at 9:13 PM 2 comments: